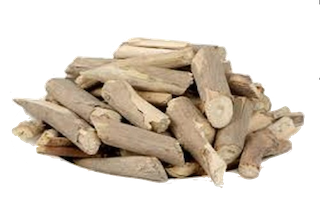 The plant Agnimantha or Arani as it is commonly known in Kannada is a tree that is commonly used in many preparations of Ayurveda. It is known as Wind Killer in English. The interesting part here is that the woods of the plant were used for to generate fire by rubbing against each other in the past. This is procedure is also in practice even today in certain rituals of Hindus. Medicinally, it is the root and its bark that is commonly used in different systems of Medicine including Ayurveda. In Ayurveda, this is enumerated as one among the Dashamula which is the most prominent group of medicinal herbs that are seen in different medicinal formulations. Eventully the profound use of the plant is the cause for its depletion considerably especially in its natural environment. Hence with a basic need to propagate and preserve the plant, a small video about its general requirements for its cultivation and propagation. This will create awareness along with questions for cultivating it which in turn will result in the preservation and propagation of the plant along with maintaining of constant supply to the demand. Generally it is available wild in the Tropical and sub-tropical regions of the Indian Subcontinent. But it also can be cultivated in certain parts of the country where the environmental are acceptable for its growth.

The details and the description is available in the page with the title AGNIMANTHA in a very elaborate manner. The video which emphasises on the various aspects of the plant especially with respect to its cultivation and its characteristics for identification such that they are preserved for the future generations. Thus, a short and a crisp video is being attached here. This being the second video after AGURU, we will be coming up with such videos of different plants with the same objective. The medicinal details and others with respect to Ayurveda is explained in the page AGNIMANTHA with under the Know your medicinal plants section. There are much more to follow. Hope you all will like it. If yes kindly subscribe and follow our videos in our YOUTUBE CHANNEL. You can also follow at Facebook and in LINKEDIN. Do like it there too and follow us to get many videos of Ayurveda too. Thank you and Happy reading !!!!!!!!!!