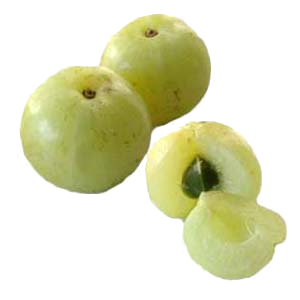 The plant AMALAKI is a tree which has a diversified use not only in Ayurveda but as a nutraceutical also. The fruits of the tree is used in varied formulations and food preparations that it is considered as the step mother of humanity. Hence it is called by the name “DHATRI” in the Ayurvedic texts. The most famous formulation of Ayurveda that has the fruits of Amalaki as the major ingredient is the CHYAVANAPRASHA. Moreover, the fruits are found to be the rich source of Vitamin C through various scientific research which augments its benefits. The fruits are known for its nutritional value along with immunomodulatory effect also. Its inclusion in the group TRIPHALA clearly shows its medicinal dimension too. The benefits of the fruits are so much that sub chapter of the Rasayana Adhayaya (Charaka Samhita Chikitsa Sthana 1st Chapter) is dedicated to it.

The details and the description is available in the page with the title AMALAKI in a very elaborate manner under the Know your medicinal plants section. The video which emphasises on the various aspects of the plant especially with respect to its cultivation and its characteristics for identification such that they are preserved for the future generations. Thus, a short and a crisp video is being attached here. This is one among the series of videos that are about to follow regarding medicinal plants with the same objective. Hence there are much more to follow. Hope you all will like it. If yes kindly subscribe and follow our videos in our YOUTUBE CHANNEL. You can also follow at Facebook and in LINKEDIN. Do like it there too and follow us to get many videos of Ayurveda too. Thank you and Happy reading !!!!!!!!!!