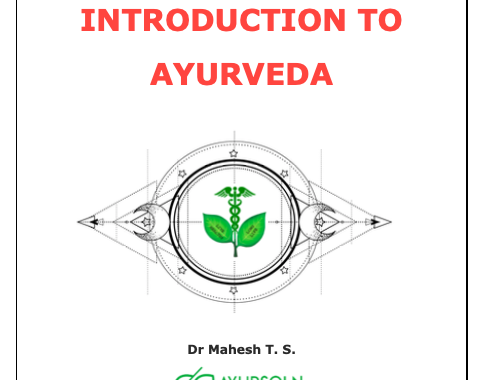 Living in good health has been a most desired life by every living being on earth may it be plants, animals and even human beings. To achieve this goal we human beings have tried our level best in formulating various means and methods that are unique to the region, environment, needs, diseases and even cultural requirements. Such means and methodologies that were adopted by us to cater the needs of health came to be known as medical sciences or simply the science of healing. Many systems of healing had emerged in the past like Egyptian medicine, Greek medicine, Tibetian System of Medicine known as Rig pa, Chinese system of Medicine, Thai traditional system, etc out of which Ayurveda is also enumerated. India is considered to be the homeland of Ayurveda which has practiced and made it thrive from thousands of centuries. Even today, these traditional system of medicines like Ayurveda do cater around 60% of world population mostly present in Asian and African countries use the services of Traditional or Alternative system of medicine including Ayurveda. It shows that the system of medicine had evolved and developed as a major caterer for health issues especially in India.

The term Ayurveda means literally as “Science of Life” where the word is formed by two separate words namely ‘Ayur’ which means life and ‘Veda’ which stands for knowledge or science. Accordingly, the Ayu or life is defined as “A cumulative effect of the combination of Shareera (Body), Indriya (Motor and Sense organs) Satva (Mind) and Atma (Soul).” The Ayu or life is also known by the name Dhari, Jeevitam, Nityaga and Anubandha which denote different dimensions of life or Ayu even though being synonymous.

The treatment of disease is not just the responsibility of the physician but a collective responsibility of four components of treatment namely Physician, Medicament, Patient’s attendant and the Patient himself. If any one is non-cooperative in this regard will be a total failure of the treatment as such. Thus to be healthy it is quite important to have a coordination and a proper abiding to the instructions given by the experts.

Health is defined as the state of total equilibrium with respect to the body components namely Dosha, Dhatu and Mala along with proper physiology of metabolism (Agni) and pleasant condition of mind along with soul and the sense organs. This gives an overall idea of how the health should be and also gives what is the one that is to emphasized more with respect to health.

To aid the different branches Ayurveda has many treatment modalities out of which the Panchakarma stands out to be the most known which includes 5 treatment procedures namely Vamana (Therapeutic emesis), Virechana (Therapeutic purgation), Basti (Therapeutic enema), Nasya (Therapeutic nasal errhines) and Raktamokshana (Therapeutic bloodletting). The details regarding the same can be seen in the video present in our youtube channel and subscribe for a the latest updates at https://www.youtube.com/c/MaheshTS1975 which is as attached below: